I’ll admit it. I wasn’t super excited about visiting Universal Studios Hollywood. If you know us, you know we’d rather be hiking mountains alone than stuck in a city surrounded by thousands of people. I get anxiety when we have to be in large groups so putting me in the middle of a theme park just sounded like the worst idea.

However, this adventure is not about me! It’s about our family and more specifically, OUR KIDS! We just spent the last several months listening to the Harry Potter audio books with the kids after the older two had both read all the books. Then we watched all the movies so you may say we became Potter Heads. I’d heard great things about The Wizarding World of Harry Potter at Universal Studios Hollywood so after much research, we decided to surprise the kids with tickets!

We counted down the days, did lots of research, and we were so excited when the day finally came for us to explore Hogsmeade. We got there right as the gates were open and went straight to Olivander’s Wand Shop. We waited 20 minutes to go to the Wand Experience where you’re in a large group of 20 people but only one gets chosen to get fitted for a wand.

Let’s just say, ours were only our kids in our group, so our chances were pretty good. Ada was chosen and I cannot even tell you how special it was. I teared up as the Wand Master spoke to her so kindly and made the whole experience purely magical, but that was just the beginning. Every interaction we had with the workers there was amazing. Everyone stayed in character and was so friendly and helpful.

After all the kids picked out their wands…or rather, after the wands picked our kids…we went straight to our first ride. The Flight of the Hippogriff. It was the kids very first rollercoaster and a great starter for our day. They LOVED it and were excited to go on the next ride, Harry Potter and the Forbidden Journey. Woah. I wasn’t prepared for how cool that was going to be.

I thought you just sat in a chair that would move a bit in front of a big screen…NOPE! It was so much fun. We really felt like we were flying with Harry and all of his friends. So incredible.

We promised the kids after their first rides that we would grab some Butterbeer. We were told that the frozen kind was the way to go, but we had to see for ourselves. Yep, they were right…however, we got one frozen and one fizzy and drank them simultaneously and our minds were blown! THAT is the way to drink Butterbeer!

After wandering around the shops for a bit we grabbed some lunch at the Three Broomsticks and whoah! I had no idea that a theme park could have such amazing food. Like real, delicious food. We got fish and chips (which were probably the best I’ve ever had), herb roasted chicken, and chicken tenders. Everything was so fresh and good. Oh, and the fizzy pumpkin juice was awesome! Pricey? Heck yes, but you are at a theme park. It was worth it for the experience of the whole day.

We decided to let our food settle as we took the Universal Studio Tour. I didn’t realize that it was also a ‘ride’ of some sort. It was so fun to see a little bit of the behind-the-scenes and see how some of the movies are made. I didn’t expect to get wet on a bus tour, but my pants got soaked in an earthquake! The tour is a must. It’s an hour long but worth it.

After a few more rides we decided to go back to Hogsmeade so that the kids could cast some spells with their magic wands. They had so much fun with those wands.

We bought some postcards at the Owl Post to send to some family and friends. Of course another round of Butterbeer to close out our day.

It was the most incredible day. We couldn’t stop smiling and Ada hugged us every chance she got in between spells and swigs of Butterbeer. She proclaimed it to be the best day of her life, and I may agree.

Thank you Universal Studios Hollywood for making our first visit an experience we will never forget!

Watch the video about our trip to Universal Studios Hollywood! If you liked it, please leave a comment on YouTube after the video and give it a thumbs up! Thanks friends! 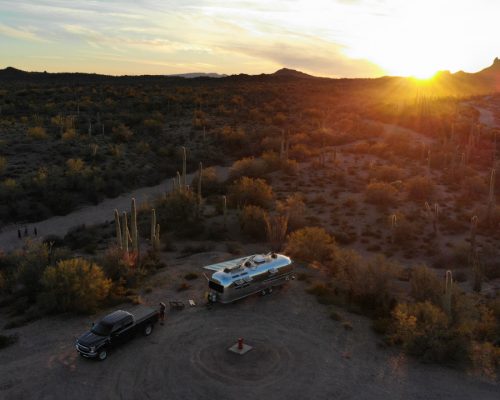