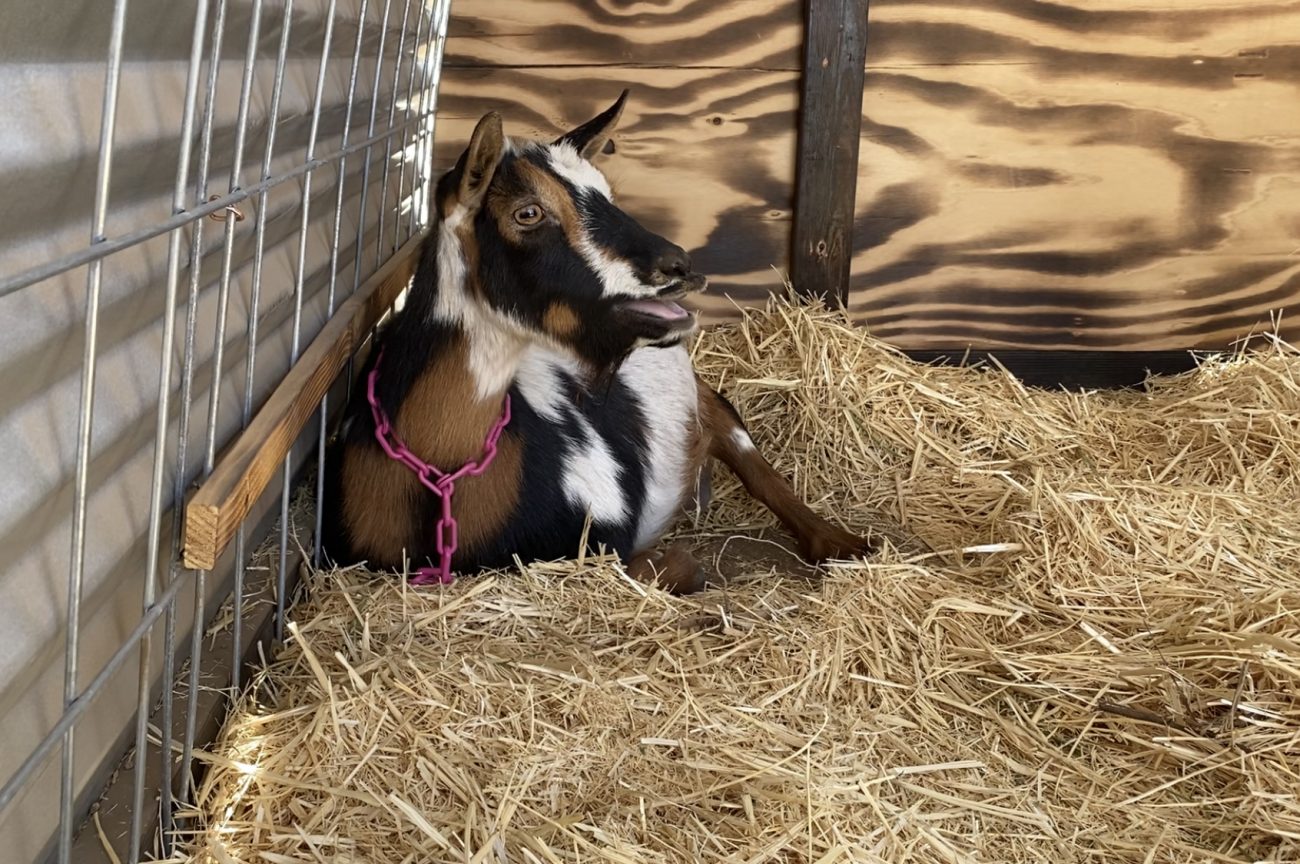 When we purchased Fay in the beginning of December, we were told she was bred and would be due around February or possibly even January. It was a situation where the buck had gotten out much sooner than planned and bred her a little earlier than they would have liked.

Anyway, after the first week of having both Fay and Mable here, I started to notice how big Fay was and that her ligaments felt totally different than Mable who is not due until April. We had a sneaky suspicion that she would not be having babies in February, but much earlier.

We started noticing signs within a week. She was swollen on her back side, and her ligaments got loser with each passing day. Things were getting real. I talked to my goat mentors and ordered the supplies I needed for birthing and for milking which included udder wipes, Fight BAC Spray, Iodine, powdered colostrum, milking pail, bottle nipples, and we bought a few extra towels because I knew I didn’t want to be using the towels from inside (the only ones we have).

We got all the supplies just a week before she kidded. I’m so glad we were paying attention to her signs and got it all just in the knick of time. Now it was just a waiting game.

We knew we it was coming and checked on her multiple times a day. We’ve been told that they typically kid at the most inconvenient times. Middle of the night and on the coldest winter night, so we that’s what we were expecting.

I got a book from one of my mentors called Raising Dairy Goats and we read up on the birthing section and felt pretty confident that we could handle this.

But wouldn’t you know, the ONE DAY that Jonathan I both needed to go to town to get some important business taken care of…that would be the day she decided to go into labor.

We were 1.5 hours away when I got a text from Adali that we better hurry back because Fay was acting weird. She sent me a short video and I knew it was going to be soon. Luckily our neighbor, friend, and goat mentor was able to be there with our kids and assisted in the birthing.

It was an incredibly quick labor. Around 1:30 the first goat was born. Zero problems, a picture perfect birth. Fay’s maternal instincts kicked right in and she was cleaning the baby off right away. Just minutes later she pushed out the second baby. Fay knew exactly what to do. Just minutes later they’re both trying to stand up and find the teats to get that first bit of colostrum. 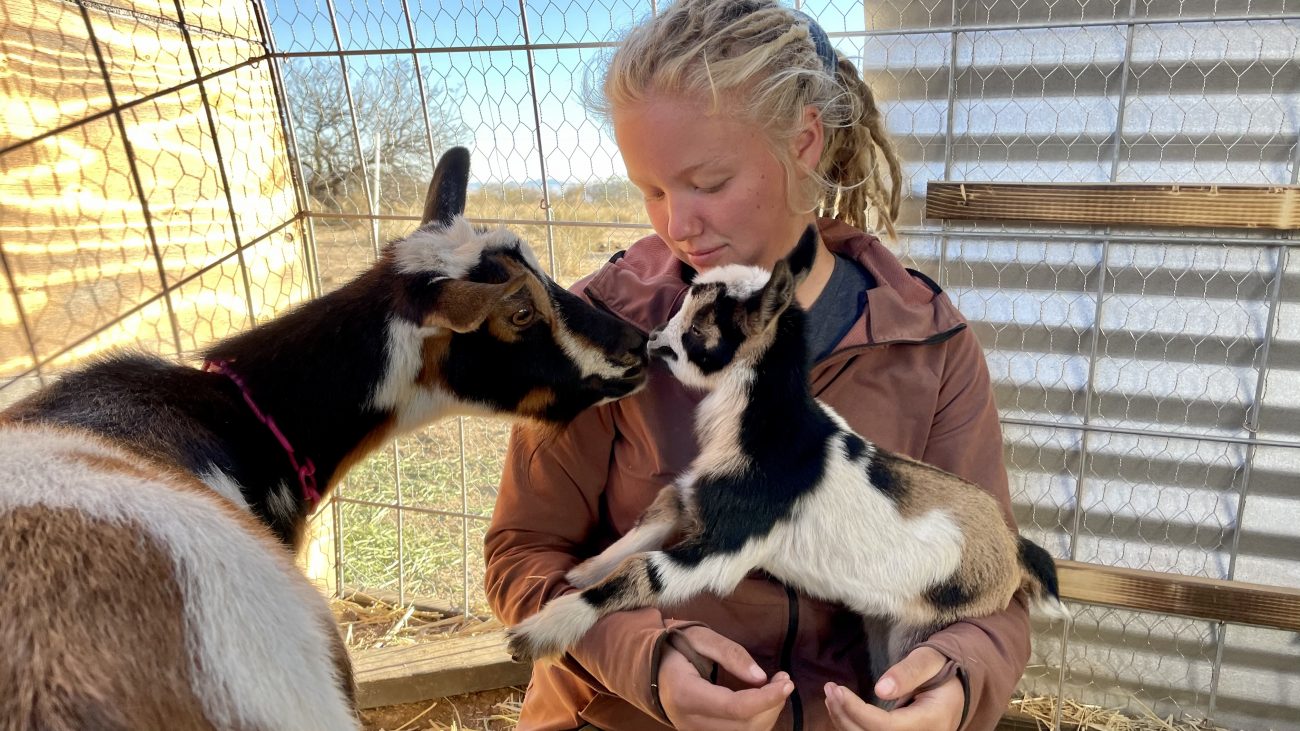 Jonathan and I missed the birth by just 10 minutes, but Adali sprung into action and knew exactly what to do. I couldn’t be more proud as all the kids worked together to get the supplies ready and they even cleaned the goat shed clean for the birth, and filmed the entire thing. It’s like they are real homestead kids and it makes my momma heart so happy to see.

Fay ended up with two does born on December 31, 2020. We named them Frankie and Figgy, and we’re completely smitten by their little baby goat jumps and bleats. We’re still trying to decide if we want to keep them or not, but I can tell you this, I know exactly why most people end up with many goats. It would be extremely sad to say goodbye to them. The very first babies on our homestead, and the cutest little things you ever did see.

Both babies and momma Fay are all doing extremely well and we look forward to the day we start milking :) 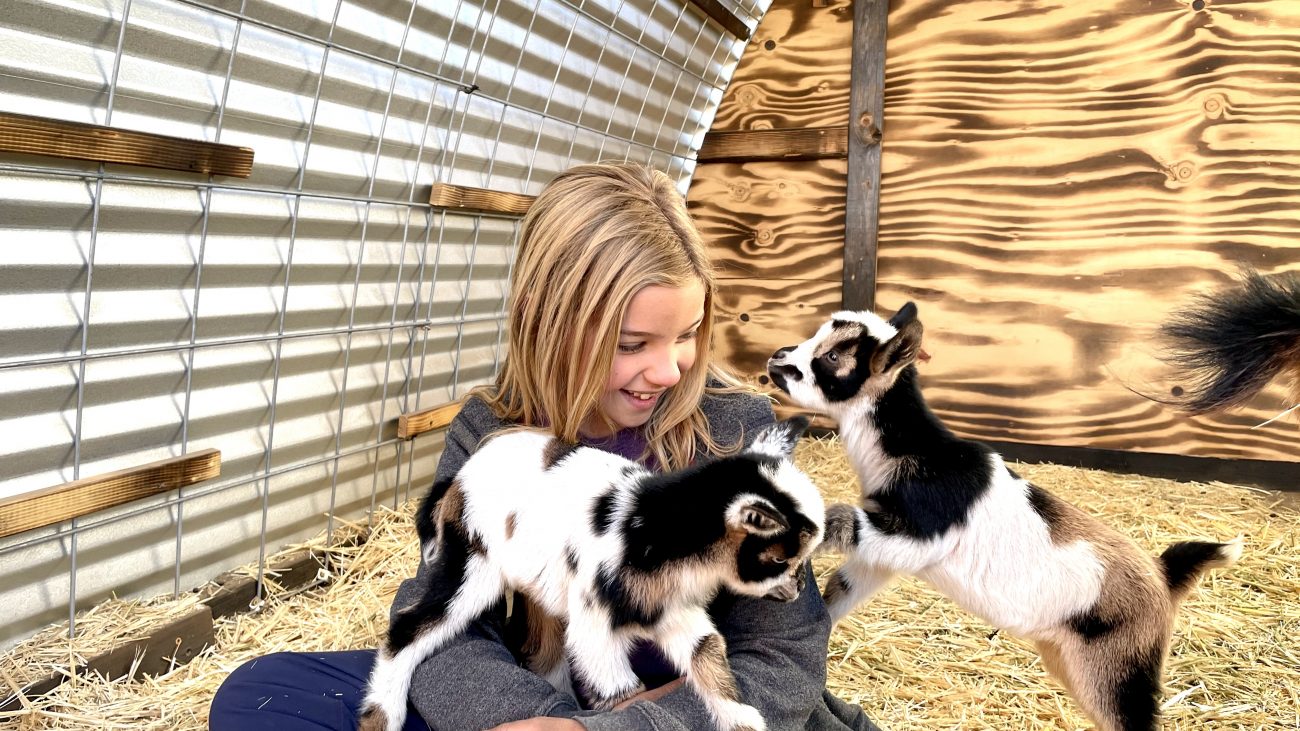 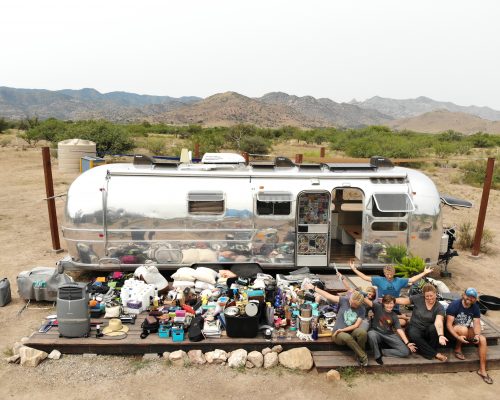 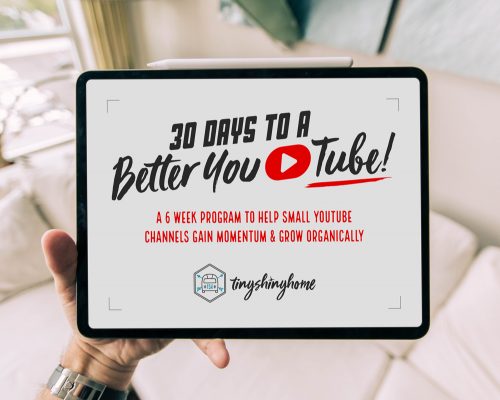 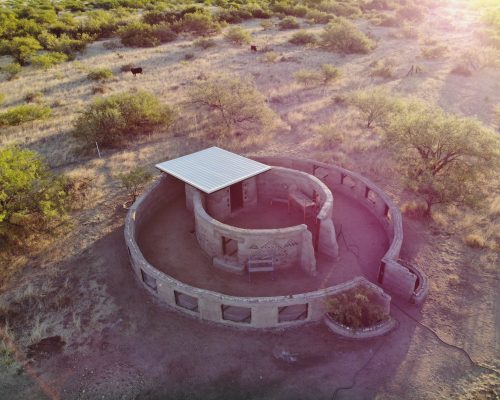