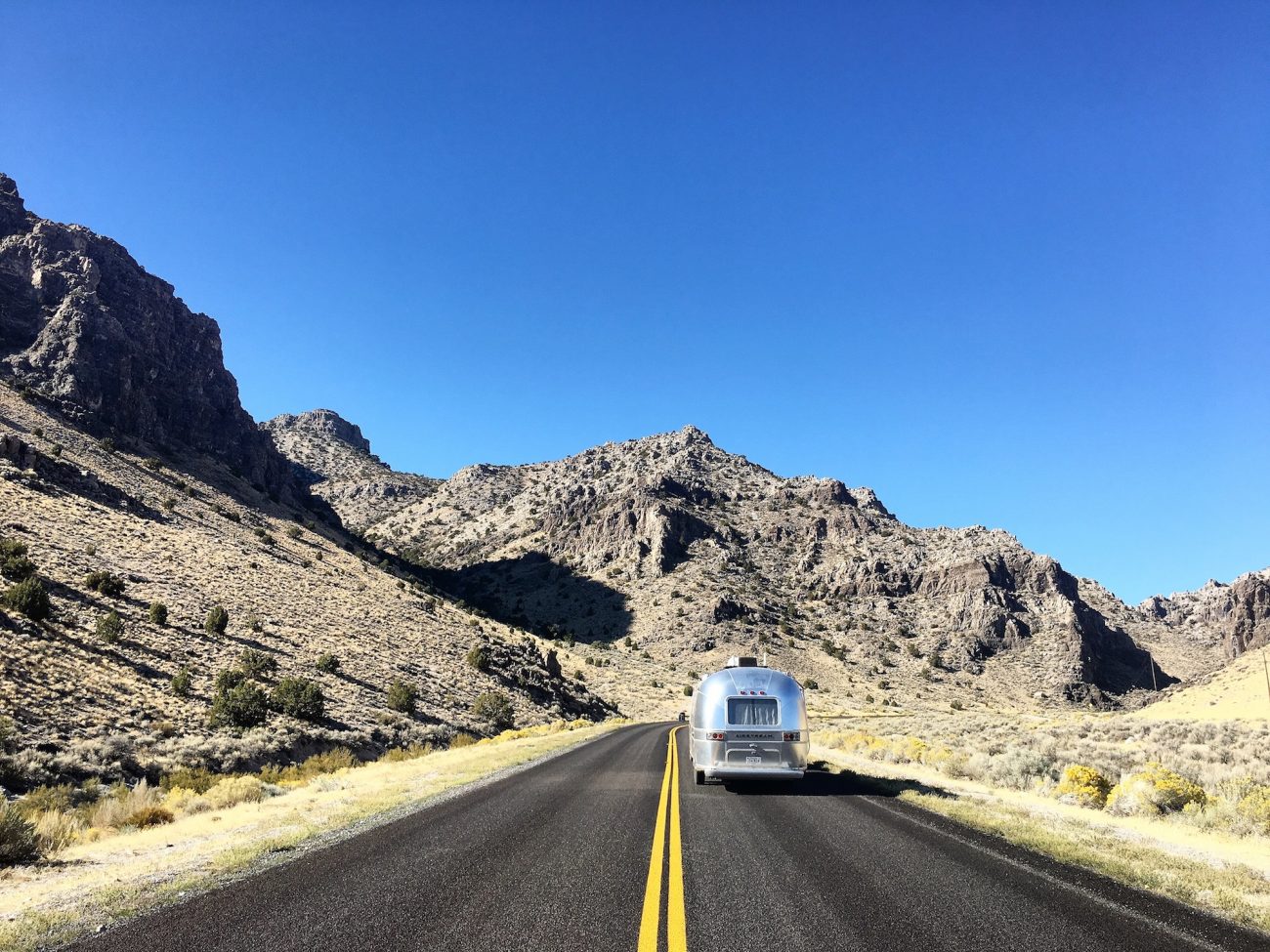 Leaving Moab we didn’t have much of a plan. That seems to be the norm now. We typically decide where we’re going one or two days before we arrive. This time, we found a Boondocker’s Welcome host that would let us get some much needed shipments while there. We ordered and thought our Amazon Prime shipment would be there in 2 days, but turned into 7. Oh...small towns. We felt so bad being stuck there for so long, but our host was super nice and allowed us to stay until our shipments arrived. And the town, though small, was so great.

Yes, you have to drive 2 towns over to get to a grocery store, but this little town of Kanosh was so adorable. Maybe it was the local Mercantile lovingly called the Merc that was run by volunteers just so there was a place that the locals could grab a few things. Maybe it was the solitude, or the friendly people that invite you over for pancakes on a Sunday morning even though they just met you. There was just a peace about the town that I won't forget. And the sunsets, perfect. 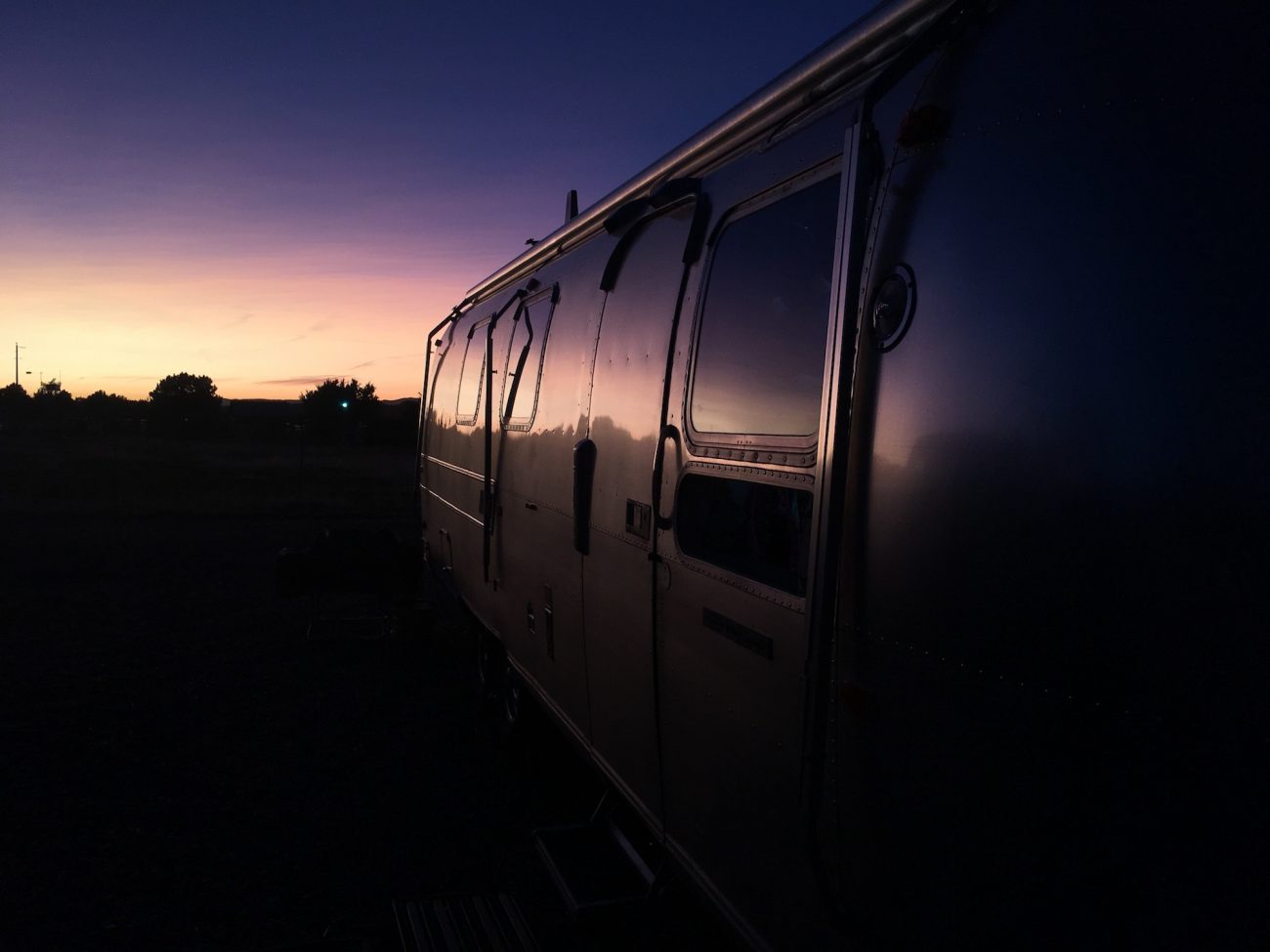 By the time we left, even the sweet lady at the post office knew who we were. 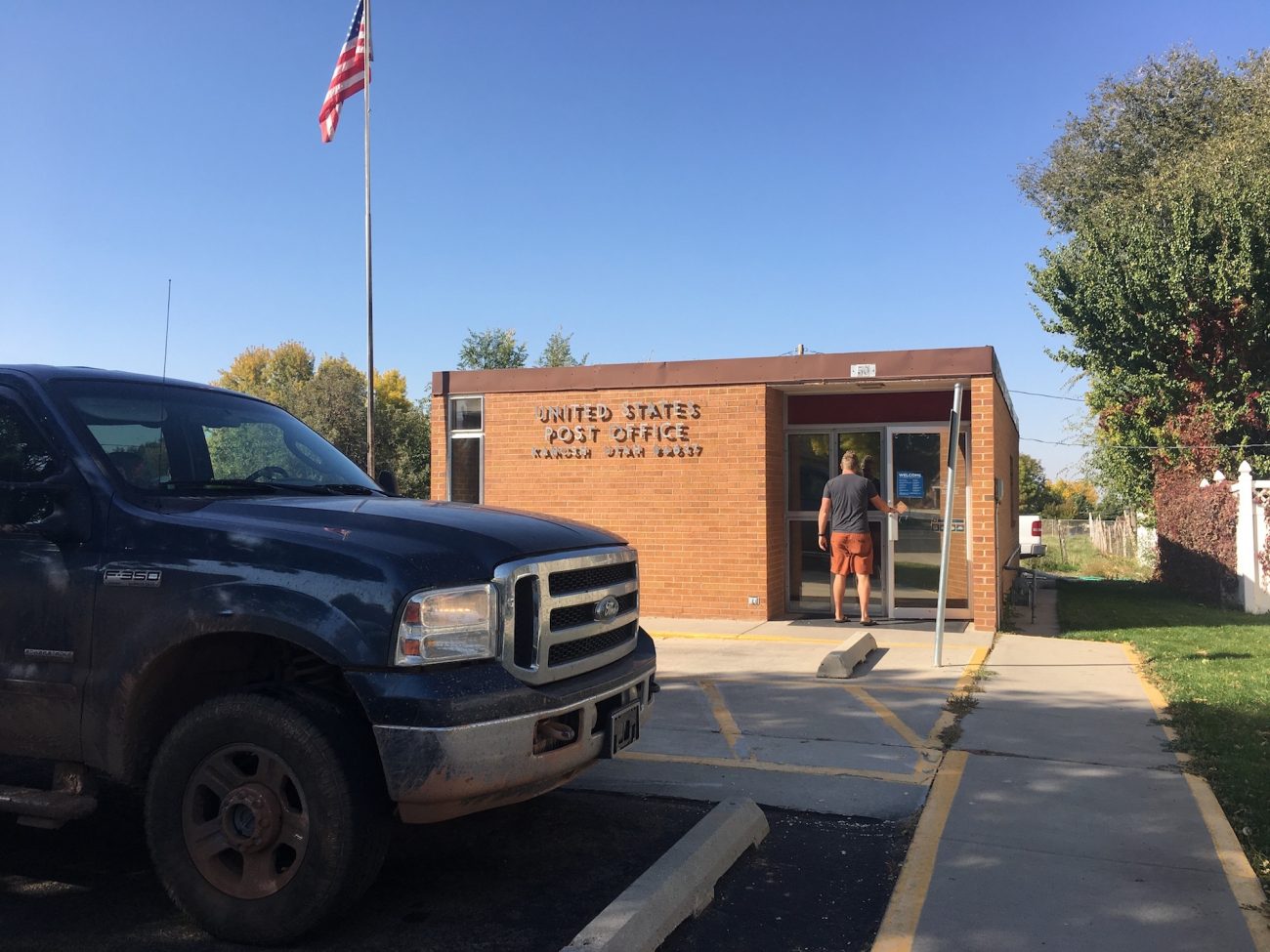 There's just something about a small town that gets me every time. Something that I want to look for when the time is right for us to buy land.

Oh! I can't forget that we found this AMAZING butcher shop in a nearby town of Filmore that we ended up going to twice so we could stock up on the most amazing meat! If you're in the area, make sure you stop at Ashton Farm Custom Meats. Holy cow! We stocked up on ground beef, skinless brats (those are incredible), sausage and bacon! It's by far the best we've had since we left Knoxville and our local meat shop.

We had plans to drive down to Zion National Park, but saw that some friends on Instagram were in the Sacramento area taking donations to help the victims of the Santa Rosa Fires. We decided to join them and help out! We drove from Kanosh, UT all the way to Sacramento in 2 days and were so exhausted before we even got there. But, hey! It’s for a good cause and we were able to show the kids that when you see an opportunity to help someone, you do what you can!

The drive was beautiful. It was our first time on the loneliest highway in America. Have you been on that road?

We spent an entire day in a parking lot near Sacramento with some #vanlife friends, and ended up with a huge amount of donations. So many that we were worried we weren't going to be able to fit everything in the vans and our Airstream. The people of Carmichael/Sacramento really showed up and for that, we thank you! 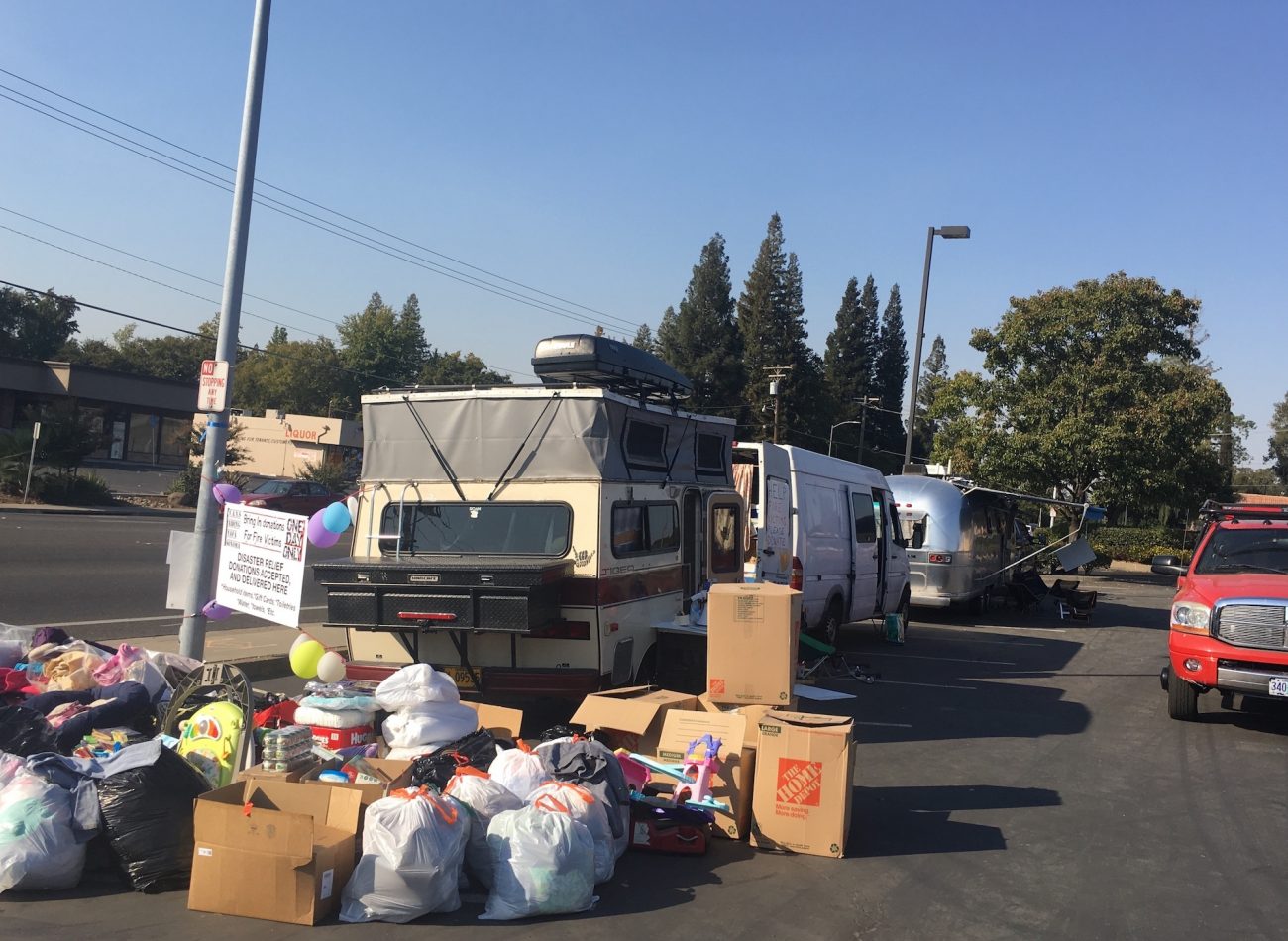 With a completely packed Airstream, we drove to the shelter to drop off the items. They were so thankful and surprised at how much we were able to bring them. It was a crazy few days traveling, packing up the donations and dropping off to the shelters, but we were so glad to be in a position to help.

This is the trip that started off our new truck problems. Well, sort of. We had been conveniently ignoring a hard start issue for a long time and it finally caught up to us. But in addition to the hard starts our batteries (which are new) started draining. So now it wouldn't start at all! 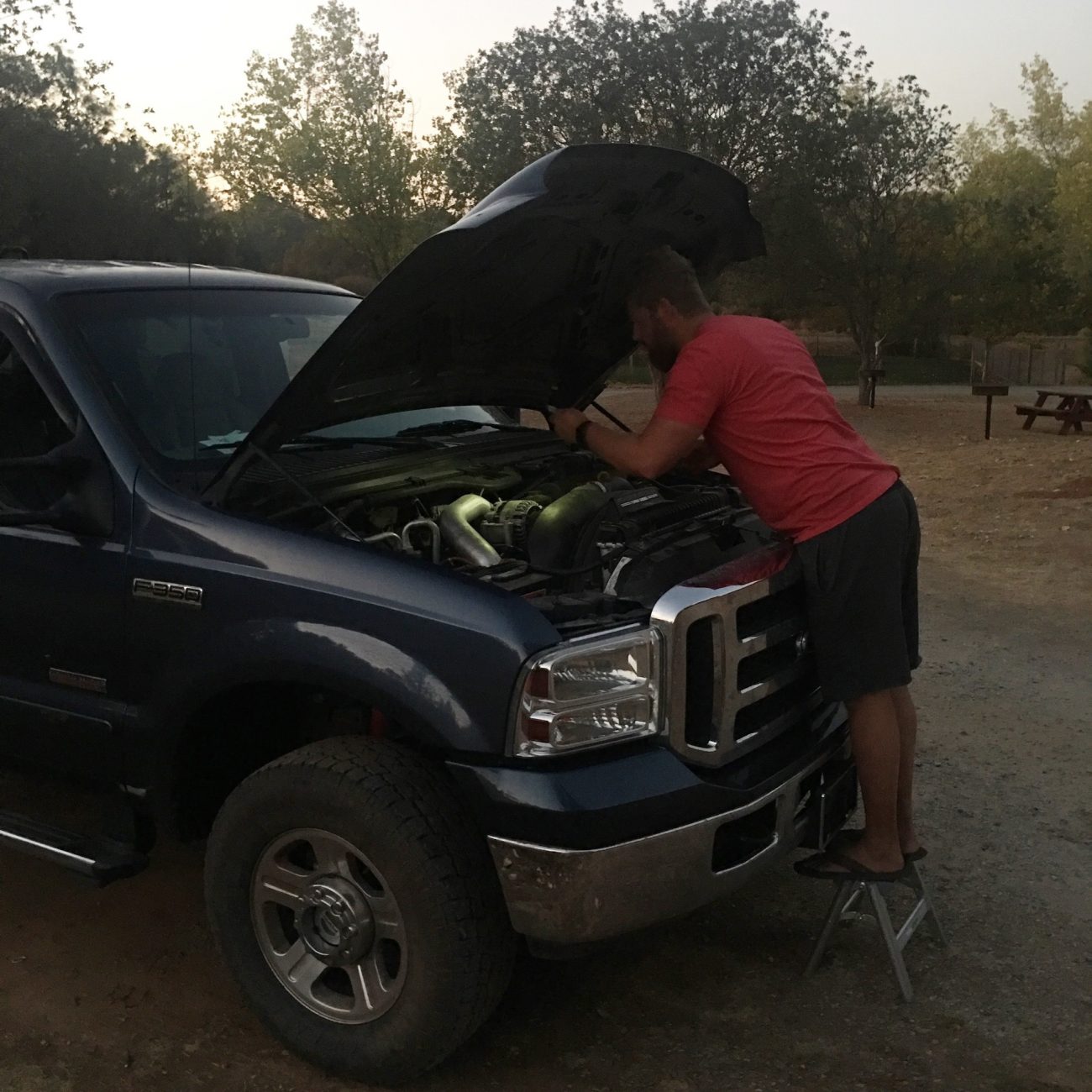 We were able to get a jump when we needed it but this had to be addressed quickly. We love boondocking in the middle of nowhere too much, so we really need a dependable truck for that.

Luckily, we found a mechanic at a nearby town that seemed to think he could fix us right up. We found a Boondocker’s Welcome host in that area and let them know our situation with the truck, and that we didn’t know how long it would have to be in the shop. We told him we could stay at the park nearby, but he let us know we could stay 2 nights free and he’d charge just $20 a night for full hookups while our truck was in the shop. That ended up being cheaper than the park so we said yes! He even offered us a ride back home from the shop! There are so many kind people out there!

Just look at this place! 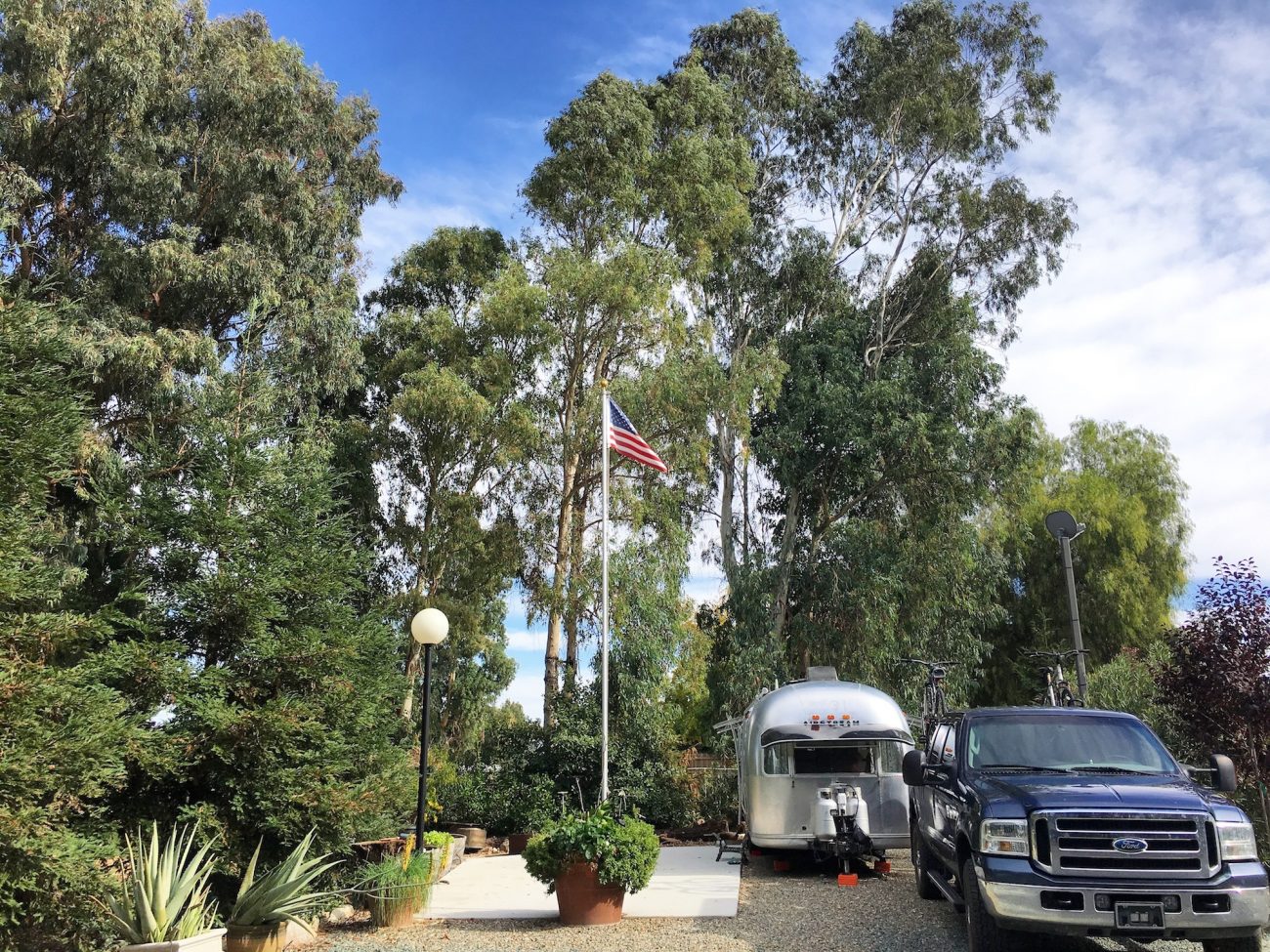 Can you believe this is just someone's backyard? Incredible.

While we couldn’t have been at a better location, we were beyond frustrated that it was taking so long to fix the truck. Especially since one of us had a birthday that week!

We were hoping we would have it back for Jax’s 8th Birthday, but it just didn’t work out that way. We ended up having to rent a car in order to celebrate his special day. (He was a little excited!) 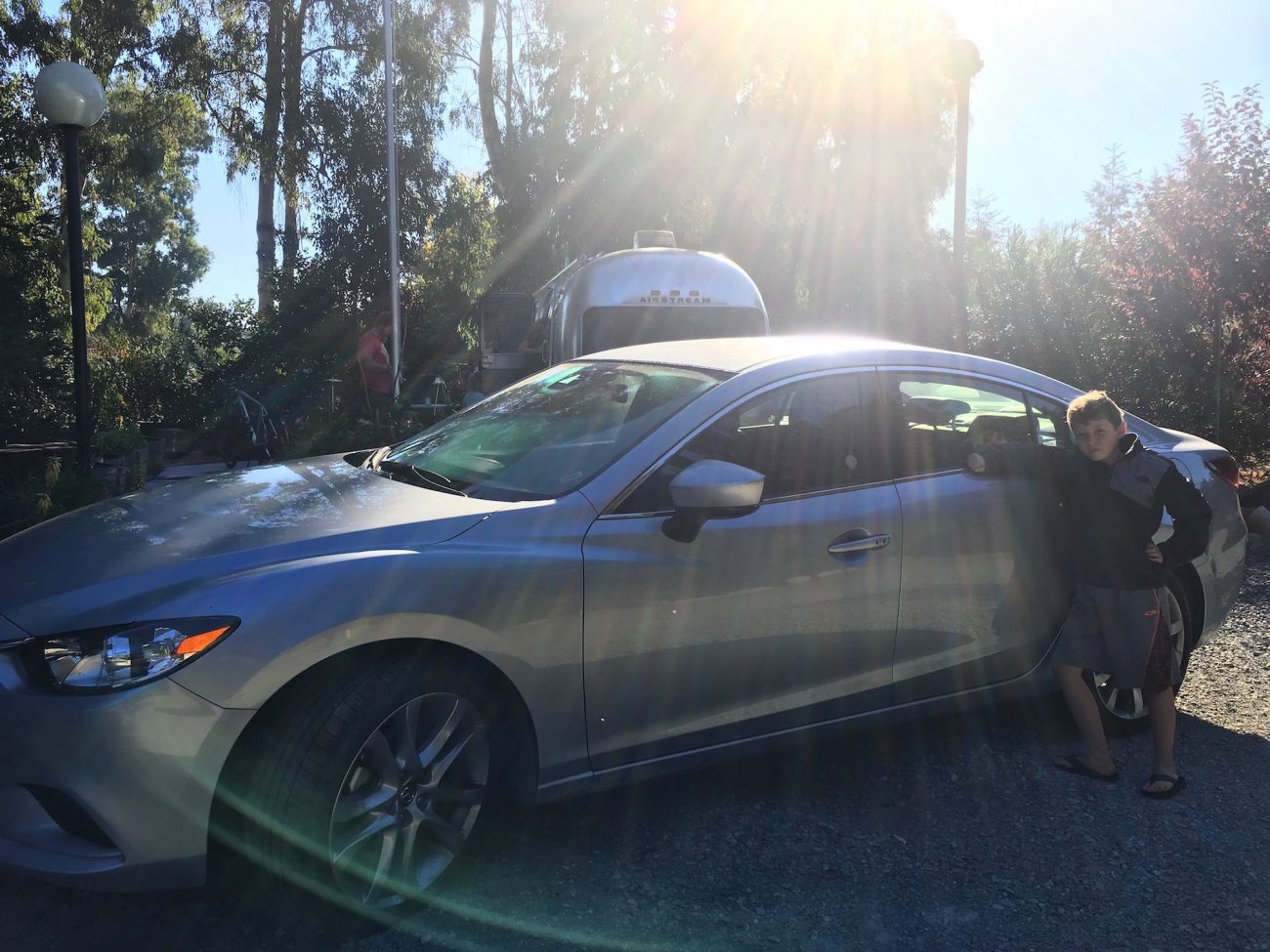 He wanted me to make biscuits and sausage gravy for his birthday breakfast. 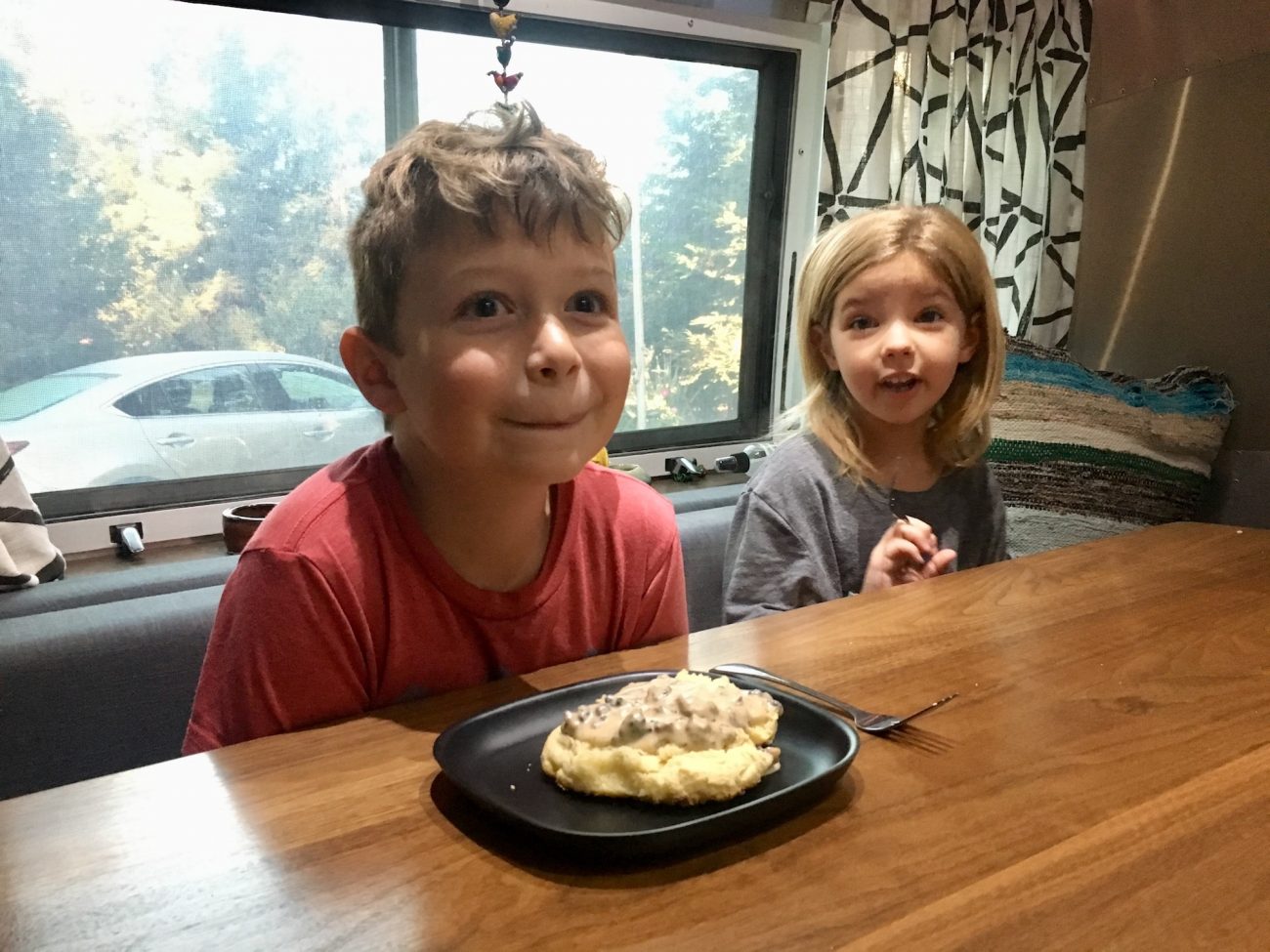 Then we went to a Science Museum because this kid loves to know how things works. He chose to have Chick-fil-A for lunch! It just so happened that the nearby CFA was celebrating their 1st birthday too so we were treated to free cookies and the kids spun a wheel and earned free ice cream! Wahoo!

After lunch we ended up at Target so he could pick out a toy of his choice! The kids all love these small Halo toys so he found a new one and he had such a good day.

When he saw these tiny bottles of Hot Sauce at World Market, he just had to have them. 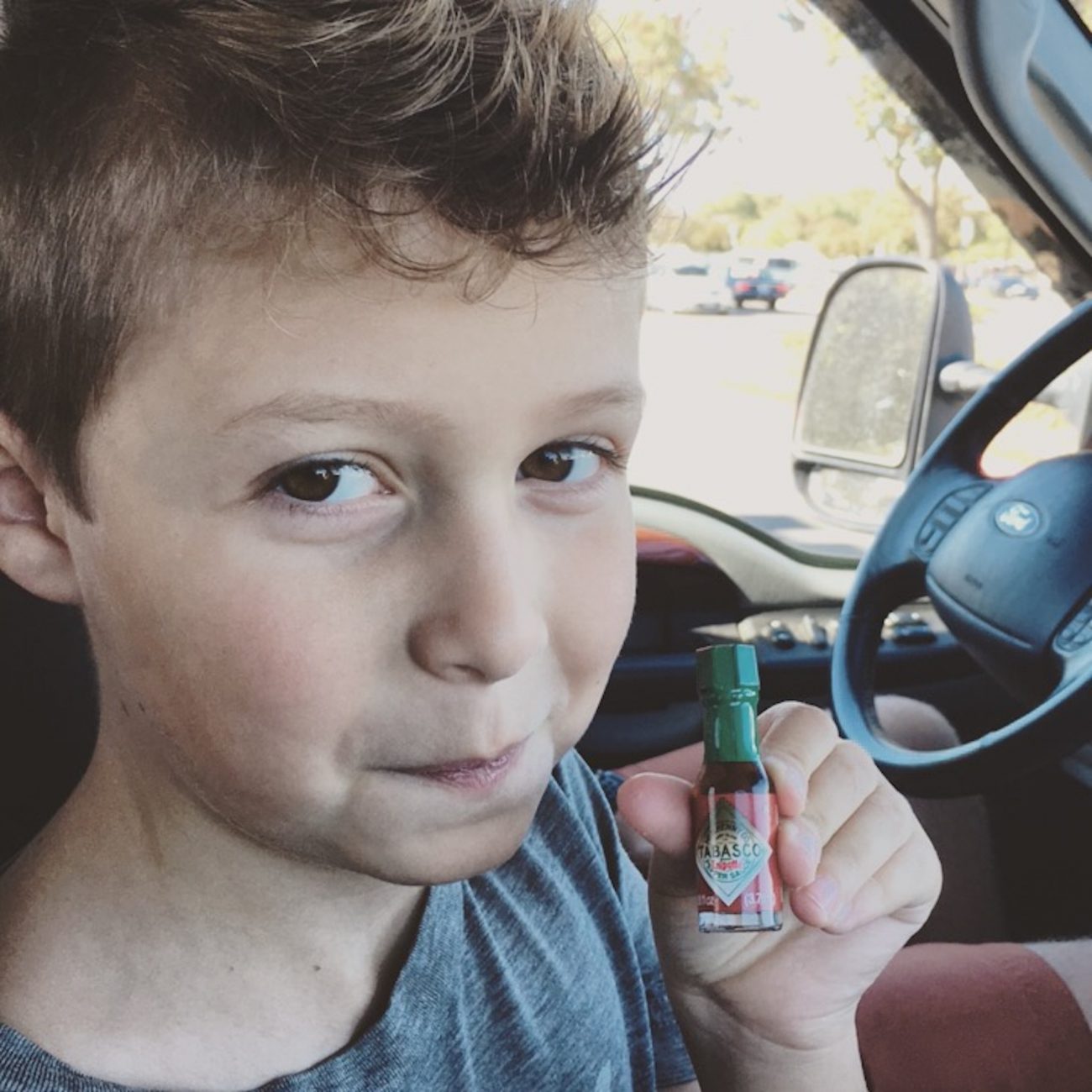 He sure does love his hot sauce.

We finished the day with a family movie night and we all had so much fun celebrating Jax! He’s one very special kid. Happy Birthday Big Man!

Long story short, we ended up in this spot for 11 nights! While we couldn’t have been at a better location, we were beyond frustrated that it was taking so long to fix. Plus, since we were in the land of orchards, and vineyards and watermelon farms...we ended up with ANTS! So many ants. 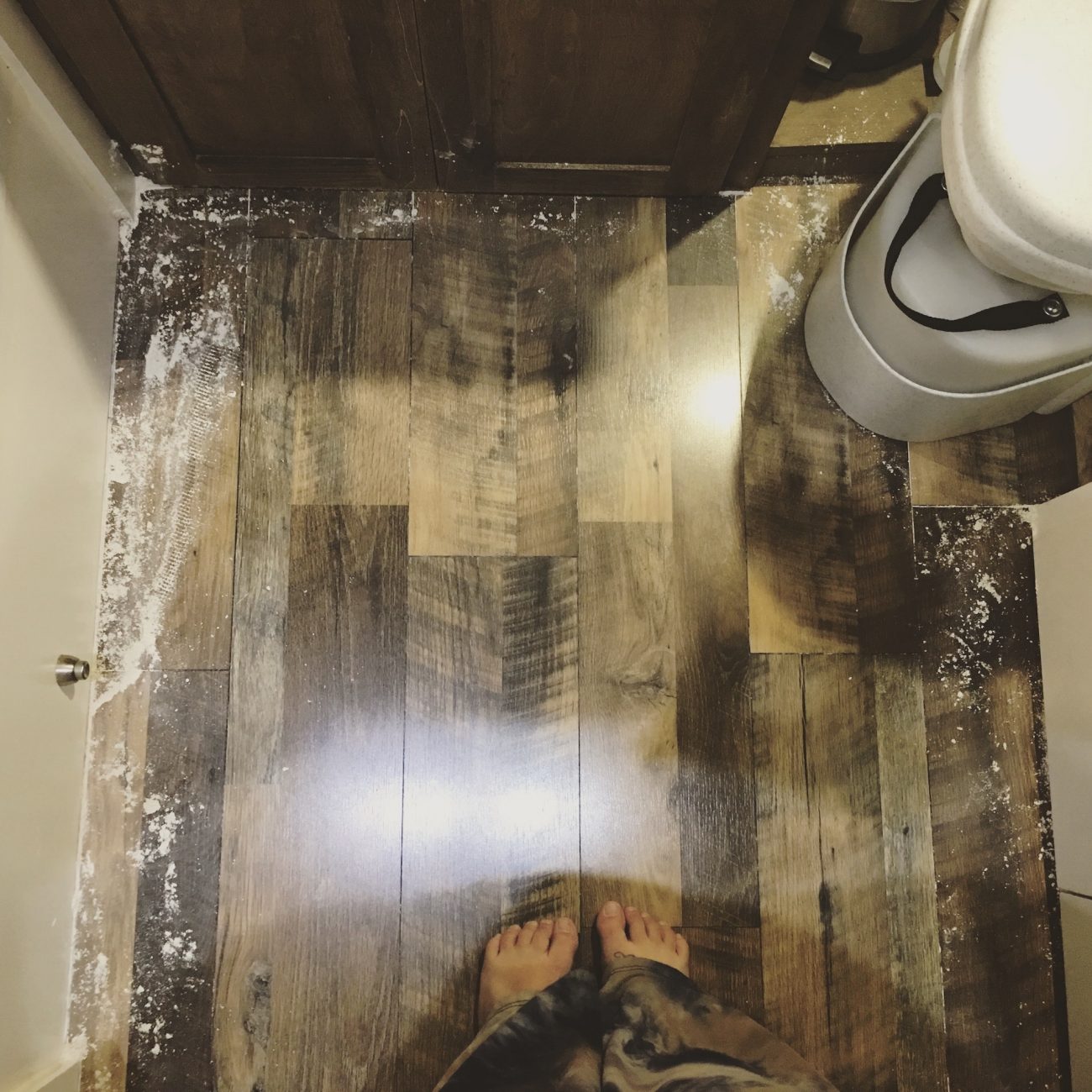 Once we got the truck back and were a near 2K poorer (I'm still crying), we hitched up the Airstream and headed south. We overnighted near Fresno and decided last minute to head to Trona Pinnacles the next morning. I wish I could tell you that our truck troubles are over, but… at this moment, we’re stuck in Ridgecrest with the same problems, but I cannot wait to tell you about our stay at the Trona Pinnacles! It was incredible. 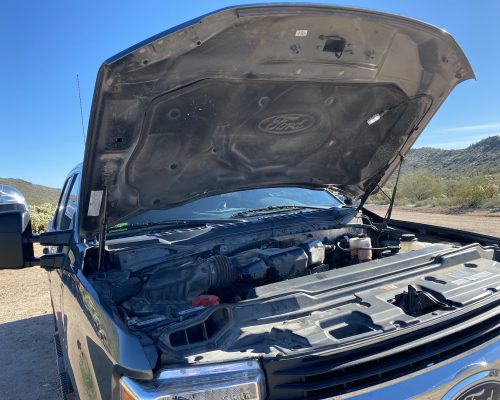 Packrats Caused $1,200 Worth of Damage to our Truck! 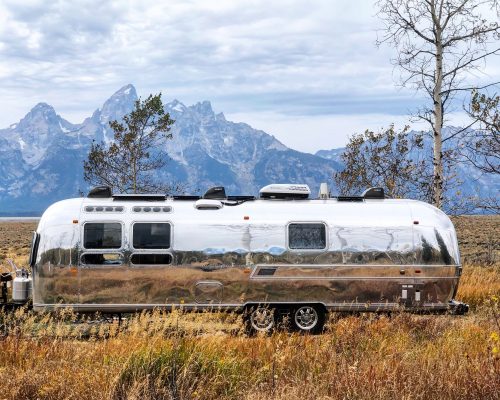